Thursday, September 20th, Jane Luther came into Saint Mary’s to talk to the students about her traumatic experiences that she faced on 9/11. She told the students that on that day she went to work like it was any other day, there was a clear blue sky, and not a cloud in sight. The day almost seemed to good to be true she said. As Jane looked out of her office window which was located on the 17th floor, she was waiting for a conference call, the building shook. She claimed that the noises coming from above sounded like machine guns and bombs going off. Being new to the company she walked out to the main area and started to see people evacuating down the stairs. Not being fully aware of what was going on, she followed the large crowd. While descending the stairs, firefighters were shouting, “Move to the right!” She told the students that she will never forget the looks that they had on their faces. The thing that struck her the most was knowing that people might never see those faces again. There was 3 feet of water on the ground of the lobby. Nobody questioned why there was water, they just wanted out of the building with the door that's jammed. Luckily, they got the door to open and as soon as she got out, she heard a noise. She looked up and the second plane had struck the second tower. She decided to run, but before she started running, she heard the horrific noises of the bodies of the desperate workers hit the concrete. She ran to the ferry to try to get home to her husband as soon as possible. As the boat was in a forward motion, she saw the first tower go down. The lives of all those that still remained in the building were gone. With the cell service being scarce, she eventually got ahold of some of her loved ones and told them that she was alive and well. She was fortunate enough to meet the right people at the right time to help her return home to her family. She said, she knew her days would never be normal again, but there is now a new normal she needs to adjust to. 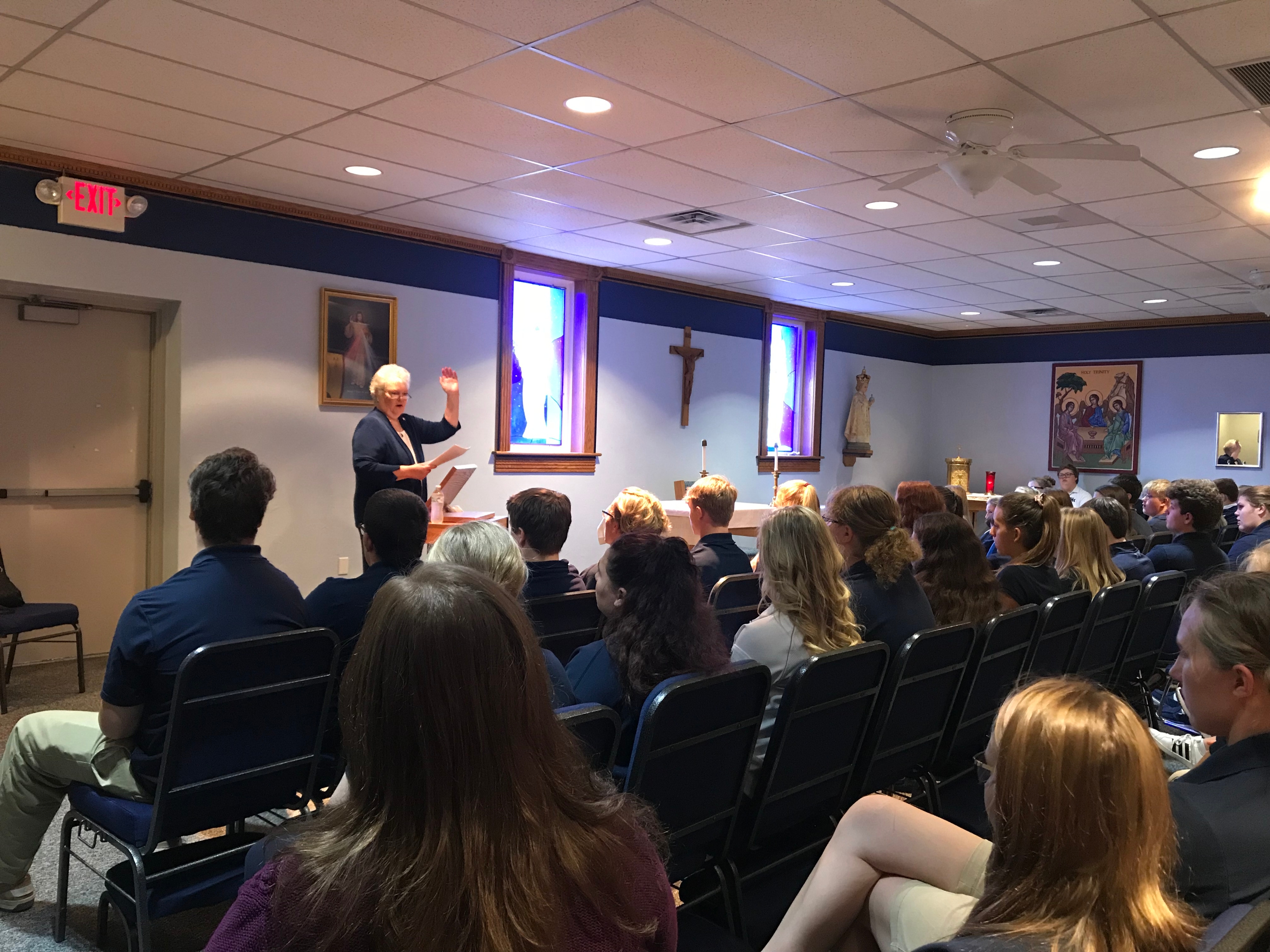 Thank you so much to Jane for coming in and sharing your story!
-Emma Cherwinski